The Mike 2A is a ½ wave omni-directional antenna that operates on quad band 2G, 3G and ISM frequencies, producing a high peak gain of 5dBi. The antenna also picks up 4G LTE at 800MHz.

Alternative cable lengths and connector types can be fitted for volume orders. 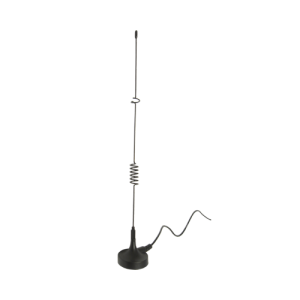